For our next breed spotlight blog post we are writing about The Boxer!

At Bed and Bone Dog Boarding Service we care for all breeds of dogs from the smallest to the largest and have lots of experience with the great Boxer dog.

The Boxer originated in Germany and is descended from the Old English Bulldog and the now extinct Bullenbeisser. The Boxer is a medium to large dog with a smooth coat. Colors are red, brindle, or white, with or without white markings. The boxer is a brachycephalic breed with an underbite. The Boxer is part of the Molosser group. This group of dogs are all of sturdy build and large and all descend from the same ancestor, the large shepherd dog known as a Molossus.

The Boxer is not an aggressive breed in any way and is a natural guardian and can become very attached to its family, because of their strength and intelligence they have also been used as service dogs, guide dogs for the blind, therapy dogs, police dogs, and occasionally herding cattle or sheep. Brave and versatile, the Boxer has been used by the military for carrying messages and guarding his handler in times of war.

The Boxer, like all dogs, benefit from early gentle socialisation and is a beloved family pet to many, cementing its status as one of the most popular and beloved breeds in the UK.

Simple tips to help you to prevent dog theft

According to Direct Line, an average of five dogs a day were stolen in 2019. Sadly in 2020, these numbers have soared, with more puppies and dogs vulnerable to this heinous crime. The demand from homes desperate to welcome a puppy or dog into their family rose...

END_OF_DOCUMENT_TOKEN_TO_BE_REPLACED 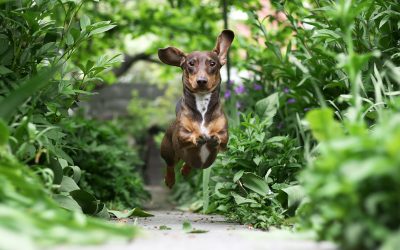 5 reasons why you should use a dog walker.

Exercise It is essential that a dog has enough exercise to keep him or her happy and healthy. Walking keeps your dogs heart strong as well as a trim waist line, stimulating the mind as well as body. Socialisation It is so important to socialise your dog or puppy at an...

END_OF_DOCUMENT_TOKEN_TO_BE_REPLACED

Dog Breed spotlight - The Cockapoo At Bed and Bone home dog boarding service we love and care for all sorts of different breeds of dogs and thought it would be great fun to highlight various popular and rare breed dogs and crossbreeds for people to read about. As we...